Complete Monsters are the worst type of villain. They are absolutely evil and impossible to redeem.

He is Jack Spark's archenemy, and by extension the archenemy of The Champions and all life in general. Nekrozoth was an ancient primordial entity and the son of Dekkarban, he desires the destruction of the entire omniverse in order to recreate it in his image in order to freely cause as much chaos and destruction as he likes. He is feared, despised, and reviled as the most evil being in the entire omniverse, destroying multiple realities and ruling on what remains of them as a godlike dictator. Nekrozoth rules the Omega Empire, and the secret benefactor of the Empire of Eternal Darkness and Omega Corp and was the being responsible for causing the creation behind many villains across the known omnivores. Nekrozoth rules his destructive empire under a fascist iron-fist, Nekrozoth controlled the villains as he made (or merely manipulates) them into committing various atrocities across history.

He has numerous followers such as Lord Marlus, Xorin, Strife, and Grandmaster Chaos. In-Universe, unlike most villains who acts comedic but can be dangerous or some that who acts serious but at least has some shred of redeeming qualities in them, Nekrozoth is one of the few villains who acts completely serious and darken the tone in certain settings he is in. Being completely dangerous and has compete awareness of what the difference between good and evil. Nekrozoth never had a true excuse for his evilness, as he was born sadistic and has control over his actions and is proud of his own vileness for he loves committing countless atrocities across the omniverse. Nekrozoth also shown immense hatred towards the Prime Alphas as he sees their act of peace and order as weak and pathetic which to him wanting to wage war and genocide on the species.

He was created by BrandonDarkOne47 and voiced by Lex Lang who voiced Doctor Doom from Marvel Heroes. In the live action films, he was played by Oscar Isaac, who also played Apocalypse from X-Men: Apocalypse and voiced by Richard D. Wassermann who voiced the Hulk from Planet Hulk, Sargeras from World of Warcraft, and Amon from StarCraft II: Legacy of the Void.

Pepper Satanica - the overarching and overall main antagonist of The Punkettes series. She is the daughter of Satan, the supreme ruler of Hell and is an immensely powerful interdimensional demon.

RAT - the main antagonist of the Five Nights at Candy's trilogy. He is a withered rat animatronic who wants to kill Mary Schmidt and her daughter Marylin. He is also willing to damage other animatronics and blame them for the murders he commits.

Ringmaster - the main antagonist of the Showtime video game series. He is an artificial intelligence that control almost every animatronic made by Circus Entertainment with the intent of wiping out mankind and taking over the world.

Bowser - the overall main antagonist of the Age Of Wario fangame trilogy. He is the corrupted king of the Koopa Empire who has killed Mario and Luigi and wants to commit genocide of the toads.

Zombros Engar - one of the main antagonists of the Deadskullable universe and is one of the most ruthless villains Deadskullable has ever faced (along with Firefreezer). He appear as a minor antagonist in Deadskullable trailer 14, He is a demon general who by ambition and selfishness betrayed Satan so he can sow terror in his one way. He is responsible for numerous tragedies in the world.

Selvaria Bles is the main antagonist of the web-adult parody series TheGamerLover's Mematic Universe, she is a woman from the 20th century (1913 to be exact) with some mysteries yet to be revealed as the story progresses on.

At some point prior to the beginning of World War II, Selvaria and Perfecti joined forces with the Nazi Germany by sharing some weaponry for their evil purposes, and when the war occurs, Selvaria and her henchwomen killed most of the people they found until she fights against Akatsuki's group.

In that battle, Selvaria becomes a powerful being thanks to the Tesseract and the Reality Gem, and with it, she gained immortality, which allowed her to survive the explosion of the base.

During her final battle with Akatsuki, she almost defeats and kill him but her plan is backfired once Akatsuki gets in the Blitztank and gains the upper hand by controlling him, apparentely killing her.

In 1985, Selvaria was confirmed to be still alive, and until this day, she is still plotting revenge against Akatsuki for defeating her. 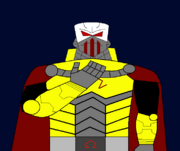 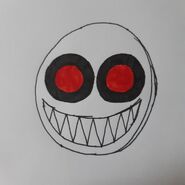 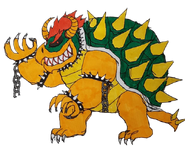 Selvaria Bles
Add a photo to this gallery
Retrieved from "https://evilfanonstuff.fandom.com/wiki/Complete_Monsters?oldid=1152"
Community content is available under CC-BY-SA unless otherwise noted.